Moving continents is quite a task. Taking care of the family takes a lot of time – So much time that the months in fact the years seem to be flying by. One very interesting challenge is the management of the ‘electronic world’ that we live in … changes of email providers, TV providers, subscriptions to websites and blogs, passwords, phones – and the dreaded ‘Two Step Verification’ that relies on you still having the emails and phone etc. In the ‘melee’ that is moving some things slipped through the cracks. If an Email is provided by a ‘Service Provider’ and that service is not available in another country then you lose access. All of the things associated with that email are lost.

If you have multiple websites, blogs and so on and so forth then its complex. I found that I need a ‘digital-life’ manager.

I lost the password to ‘TVangelist’ and as I was busy I didn’t chase up … The two step verification caught me out as I relinquished the European Phone – I took a little accidental involuntary hiatus in 2019. But I am back after a lot of haggling and deep memory management.

Time has passed and so much has happened in ‘TV la la land’ – there is so much to discuss and a look back on whether some of the musings were correct or just plain blah blah!

Will talk to the ether soon.

The digital TV middleware/OS market has been in full and continued development since the early 1990s. For the last 28 years, the TV receiver software (digital) has remained a fundamental building block or foundation stone of Advanced Television Services. Middleware/OS continues to evoke strong opinion and is a much-maligned. Despite this, it remains firmly ensconced in the digital TV business, forming part of the DNA that is interactive digital television, whether we like it or not.

BTW: There is very little that has not already been tried in the TV domain and not a lot of ‘new’ inventions when it comes to the world of TV.

e.g. Voice made its debut back in the early 2000s. We laughed at it back then; now it is a must-have technology in a very packed content world. Gesture control came and went and now, according to many TV experts, it’s going to be micro-gesture going forward. There was face recognition capability, widgets, and Social Media on TV and good old 3D! Well, let’s not go there …

Along the digital TV software journey, there is one constant = the infamous middleware/OS, and we have seen many solutions come and go, with the resurrection of some technology blocks that were once tried, disliked and considered not fit for purpose. These solutions have a new lease on life now that the STB/CPE products have much faster chipsets and huge memory capability. Not to mention that the transmission medium, which has developed at an equally impressive rate allowing for the offsetting of services in a client-server arrangement. Flash, HTML, JavaScript, and Java are examples of once used, refused only to see a re-introduction into the TV landscape. Back in the 90s, a company called Liberate (part of Oracle) (Liberate Technologies: Taking Strange to New Levels, 2009) had championed an early web-like solution, only to see very expensive, clunky, slow, STBs that led to extremely dissatisfied customers. Flash for the STB/CPE came and went. We had Java as part of Open Standard initiatives right across the TV landscape but back then it didn’t manage to make enough headway to stick. Java is once again back under the umbrella of Android, with their 4th or 5th time out of the middleware/OS starting blocks. The finish line is a long way off before there can be a single winner declared. This is truly a long and winding road.

So what else do we have in store for the STB/CPE as we blend Broadcast & Internet and look to create new and exciting services for a future generation? Who knows where the digital TV middleware/OS industry will finally settle.

I just cancelled Hulu because the interface annoyed me and the content that appeared in my ‘TV Feed’ was not doing it for me. The Handmaiden’s tale was all that was of interest. However, this title is not worth 45 dollars a month.

Now I am having to Content Stack, Search and be on top of all the different content that is all over the place and that has become very tedious. The cognitive burden that the TV industry has put on me the consumer is really a sad indictment of the belief that we all actually know what we want to watch. We may do but we also need to know where to find it as it is generally spread on different services that require a subscription and a device. As far as silos are concerned – algorithms deciding on my content line-up has highlighted that my ‘TV Feed’ became very boring. Same-Same but really just the same.

TV is actually pushing people away. That is an odd way of doing business.

It can be bought through www.socialmediapsychobabble.com, which takes you to Amazon UK, Germany and USA.

I went offline by accident.  Lost 2 months (And nobody noticed – Not even me LOL!) (Busy getting settled in to my new abode).

My Website Domain Name was not renewed as I did not receive the renewal notice – I moved countries and therefore lost a ‘country-tied’ email. (.ch) – A lesson learnt. Stay generic and it will not happen (Unless you plan to stay in a country forever.) Luckily I was able to renew … my 85 days redemption period had not passed.

Needless to say there are spats in the Broadcast world when there are negotiations for carriage fees. We have channel blackouts regularly announced, which often get resolved when both parties come to an agreement.

As the world of Internet based TV solutions trundles ever onwards a spat has happened between two of the giants. There will be an agreement eventually but it is funny to see that they are just recreating what happens in the land of Broadcast.

Here we go again! … Old TV versus New TV … Because you can open a TV channel on the Internet you can make money and therefore traditional TV is dead!  Since the AWS announcement certain ‘TV Experts’ have declared it so.  There are so few people in the world that can predict the future (i.e. ZERO) but there are people who can look at the past and the present and then extrapolate ideas of how things MIGHT work out: Seldom are any of them right.

By the way, notwithstanding the progress of video content over the Internet (OTT) there is an abundance of closures:

Can you make money in OTT Shelly Palmer? – You make it sound so easy … (Why not try starting a video business and see how it goes).  It’s OK here is someone who has done it: This is a real OTT story Afrostream Closes – This is an amazing insight into the $$$$$$$ that are needed to survive and it openly describes the full impact of what it takes.

If  a 2% Churn rate is an issue for a Pay-TV provider why is the following statistic not an issue to the on-line video businesses?

We do not know how this industry will pan out. Fragmentation, Churn, Net Neutrality, Content Investment and the Pay-TV businesses not just rolling over and dying is some, but not all of the things to be considered when predicting the future of TV … And touting Statistics does not make you an expert…

LinkedIn a place where people believe that they are successful if they post pictures of themselves in wittily worded T-Shirts that garner toe-curling, boot-licking sychophantic responses from their admirers.  Go back to Facebook Pleeeeeze!

LinkedIn is also awash with people offering their ‘expert advice’ on things that are nonsensical, idiotic, meaningless and/or ‘bleeding obvious.’

LinkedIn is now becoming the singular place for B2B marketing where people publish beautiful success stories … and this is simply because it does not cost anything to do so.

Where is all of this heading? Who the hell knows! It is not really working for me. There is almost no ROI!

I suppose that this random and rather bizarre title and topic is such an important statistic that ALL brands (who are reading this kind of headline) will now seek out to advertise on OTT TV?

Another free advert from a Social Media Marketer looking for customers by launching this:

” All of our social media management packages are less than $200 per month. Very affordable for start-ups and small businesses!”

In a nutshell … I am NOTconfused by the purpose of LinkedIn since its inception but a lot of people are! … But so are they on Facebook and other Social Media tools. 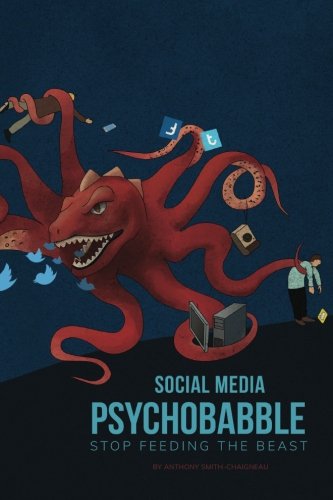 I have  just published my book on the subject of the WWW and the meaningless drivel machine that is Social Media and it’s How-To friend and the over-used Content Marketing parasites.

It’s full of Beastly Facts, Use Cases and Stories that highlights the rubbish people spout … of which, I am oft accused of. #LOL

There is a website dedicated to it http://www.socialmediapsychobabble.com where I will blog and add more stories and psychobabble as I come across it.

Now Available for purchase at: 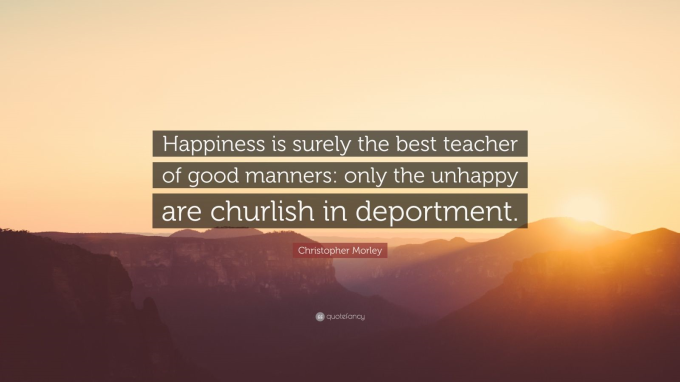 This is not a race or an animal for those of you who are not native English speakers this is a word that describes certain people who have a very nasty demeanor about them. They act in a mean-spirited and surly way. Maybe you know one or two? I do.

A churlish person is difficult to work or deal with and it is in their nature to try to score points against those they dislike. It often manifests itself in their verbal interaction and in their correspondence. They are unpleasant, mean and deliberately discourteous.

Mean-spiritedness with petty and ungracious actions towards people has no place in the office, but sadly there are those who make it their purpose in life to be like this.

If you are a victim and are affected by churlish behavior it might make life unpleasant at times, especially if you are in a direct working relationship with them.  The churlish like to focus on those individuals they dislike and part of the armory they possess is the sad act of mobbing or bullying.  Stand above it.

Here is an article from Harvard on the subject: https://hbr.org/2014/10/how-to-deal-with-a-mean-colleague.

The best advice is to realize that you should not take the blame and you can stand up to them – it is a well-known fact that churlish bullies pick targets that are highly skilled and well-liked.